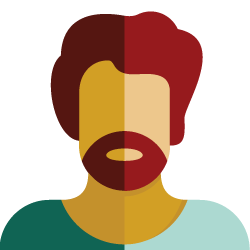 When I moved my family to the Alaskan bush, I had no idea that we would be on our own as far as energy was concerned. However, pretty soon, we realized that if we were going to use the stove and watch a little television occasionally, we would need to learn to conserve our energy. It took a little getting used to, but after awhile, we got used to making our stored energy last. My website will teach you how to make the best use of your resources, so that you can make do with what you have. By preserving energy, you might be able to save money or live wherever you want.

When you need a lot of light, you may want to cons …

Most investment advisers suggest that individuals …

If you want to have a heating solution for your ho …

If you're new to rural New England, you might be wondering why most households still use heating oil. It's surprising, considering that the price of heating oil has been steadily rising and isn't always as cost-efficient as natural gas, as the U.S. Energy Information Administration reports. Still, heating oil has held on in the northeastern states, where 87% of all heating oil is used. To understand why, you have to know the history and benefits of heating oil.

In the past, many New England homes were built before there was infrastructure for natural gas to be transported to them. Heating oil, on the other hand, can be transported in trucks and stored where it is more accessible. Even today, it can be difficult to lay down natural gas lines to rural homes. The Northeast states tend to have very rocky soil with many cliffs, which makes digging holes for the line very expensive. It can cost over $10,000 to make the change. For most households, the price of having natural gas lines to their home outweighs the price of filling their heating oil tanks.

In the rural areas of the Northeast, the population density can be very low. Houses in the region can be spread across long distances, which means there would have to be many natural gas pipelines. This simply isn't feasible for natural gas companies, who would have to have many different centers from which they could pump the gas. This would require the gas companies to spend money manning and maintaining the lines. So, even if the soil weren't so rocky, it would still be difficult for natural gas to be distributed.

So why don't people just have natural gas transported to them in trucks, just like propane? Propane can easily be transported in liquid form, where it is more stable. However, natural gas has a lower liquidation point, which makes it difficult to transport in a liquid form. The trucks would have to maintain a very low temperature. Gases are more unstable than liquids, so any bumps in the rocky rural roads could spell disaster and flames.

In the future, heating oil might go away, but so might all forms of fossil fuels. For now, however, it is just easier, and often cheaper for households in the Northeast to continue to heat their homes with heating oil. Heating oil suppliers, for now, will have a steady customer base. If you need oil in your area, contact Ike's Fuel.